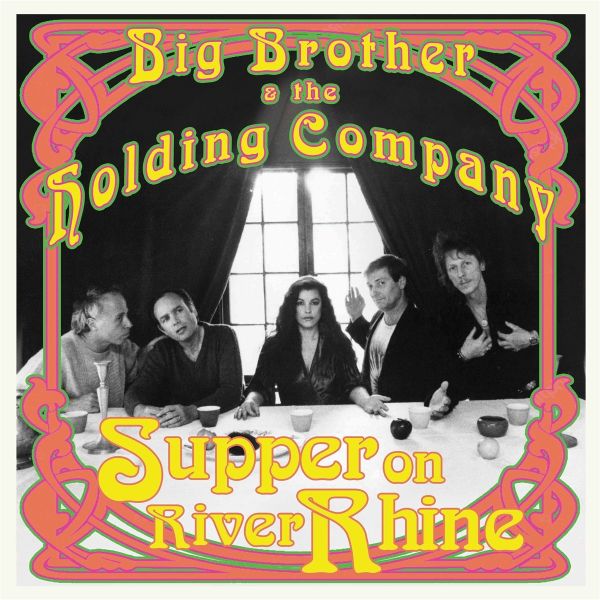 The songs on this record are rare historical recordings. They first appeared in 1993 on a MC in a limited edition of 200 copies. In 1993, a highly acclaimed exhibition titled "America - The Other Side" took place in Neuss am Rhein in Germany. . The subject was the American underground scene of the late '69s / early' 70s with literature, poster art and the corresponding music. In the course of this exhibition there were also concerts with JEFFERSON STARSHIP and BIG BROTHER & THE HOLDING COMPANY. This exhibition was crowned with a wooden box limited to 200 pieces, which in addition to the exhibition catalog also contained various autographed photos and many other rarities. And just this MC with 4 tracks (3 Live, 1 Studio), the Big Brother & The Holding Company made available exclusively for this box. In addition to the original big brothers Peter Albin (bass), Sam Andrew (guitar), David Getz (drums) and James Gurley (guitar), the recordings also feature vocalist Michel Bastian, who does a great job behind the microphone! Sireena Records is releasing these rare and rough songs for the first time in a vinyl series with historical music recordings on a limited edition 10 "vinyl.

Perc Meets The Hidden Gentleman, The

Telegram From The Meantime