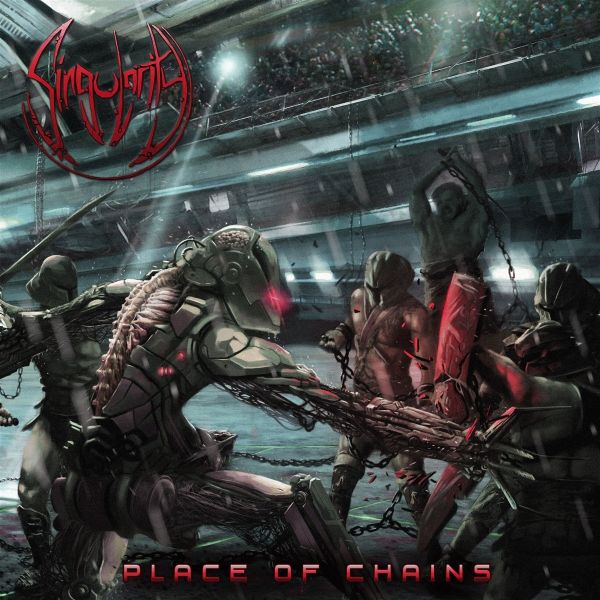 "SINGULARITY is a musical hybrid of Symphonic Black Metal and Technical Death Metal forged in the fires of the Sonoran Arizona desert in early 2010. The band consists of guitarist / vocalist Jack Fliegler (TOXICXETERNITY), bassist / vocalist Adam King,and drummer Nathan Bigelow (ALTERBEAST, ARKAIK). SINGULARITY quickly made a name for themselves in the Arizona metal scene as well as the national Technical Death Metal community with the release of their debut album in 2014 which currently has over 100,000 online streams and has received overwhelmingly positive reviews worldwide. SINGULARITY has also made themselves a national brand by embarking on US tours with bands such as VALE OF PNATH, AETHERE, and ARKAIK. SINGULARITY has also won Single / EP of the Year at the 2017 Arizona Metal Awards for their sophomore release: Void Walker EP. SINGULARITY s upcoming album entitled Place of Chains is to be released on The Artisan Era records to follow up on their 2016 EP Void Walker."