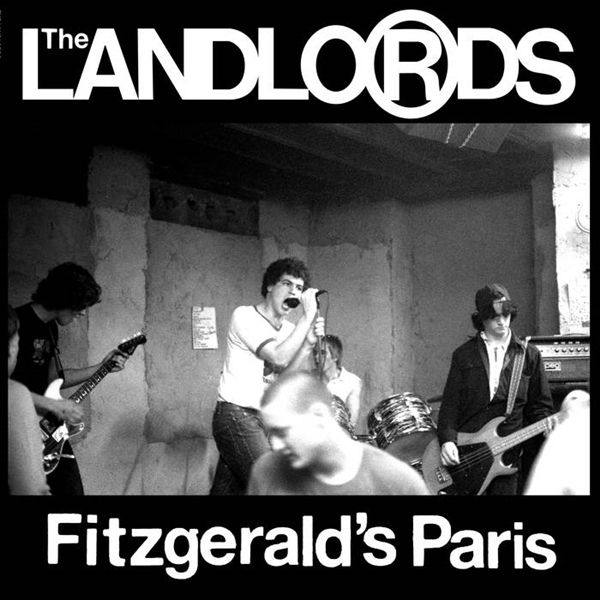 Long before it began sprouting Americana bands on every corner, the sleepy college town of Charlottesville, VA boasted a punk rock scene whose ferocity belied its small size. The Landlords, along with Lackey Die and the Beef People, stood at the epicenter of the action. After releasing the highly regarded Hey! It's A Teenage House Party! LP in 1984, The Landlords returned to the legendary Inner Ear Studios over the next few years to record their second album, Fitzgerald's Paris. Restored from the original master tapes and released after almost 30 years, Fitzgeralds Paris offers seventeen tracks of pure rock and roll mayhem. Fusing musical influences as varied as Black Flag, Chuck Berry, and Motorhead, side As avalanche of epigrammatic money-tunes showcases The Landlords at their peak. Side Bs plunge into the jungle of noise builds on the intense dissonance of Scratch Acid, Live Skull, and The Landlords own infamous spinoff duo, Happy Flowers, all the while remaining rooted in hardcore punk. No matter the style, all the tunes on Fitzgeralds Paris are destined to delight Americas next generation of alienated youth, while infuriating school boards, police departments, and town councils everywhere. Packaging includes an 11"x22" insert containing lyrics, flyers, and unpublished photos plus a free MP3 download of bonus studio material and a live set recorded off the board at CBGB's in September 1985.

The Bottom Of A Rotten Flower

A Peace Product Of The Usa