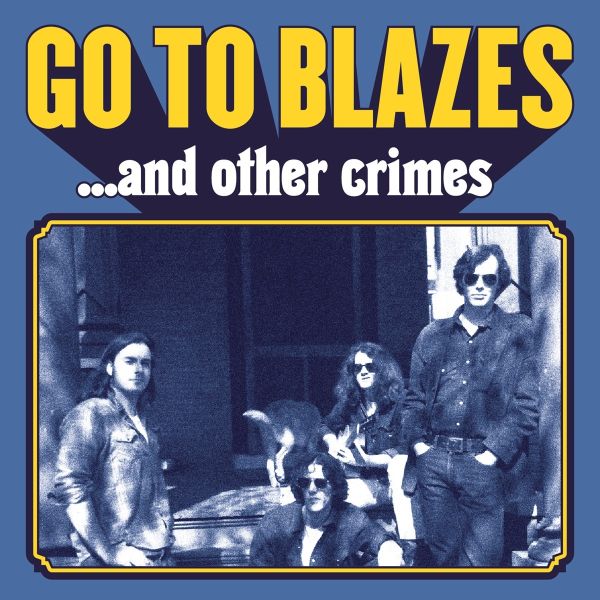 Originally released in 1995 as Mailorder Only CD on Glitterhouse Records, "And Other Crimes"is a fan favorite. Recorded in two days live at Coyote Records and produced by Eric "Roscoe" Ambel, the Philly 4-piece Go To Blazes played a few of their own songs as well as tunes by Gordon Lightfoot, Kinky Friedman, Lou Reed, Lee Hazlewood, Gene Clark, Cary Hudson, Hank Williams and others. All in a semi-acoustic mode. "After years of hard rocking, the band finally unplugged in 1995 with .And Other Crimes, for the German Glitterhouse label. This live-in-thestudio date is filled with smarter-than-bar-band covers, each one given a half-reverent, halfsneering spin. And if rollicking, slide-guitar-tinged treatments of Gene Clarks Out on the Side or Kinky Friedmans Sold American arent twisted enough, check the downwardly mobile originals Got It Made and Waste of Time to hear just how closely the bands sense of rebellion mirrors that of anti-heroes Hank Williams Jr. and Lee Hazlewood." (Tom Moon - Rolling Stone/NYTimes).