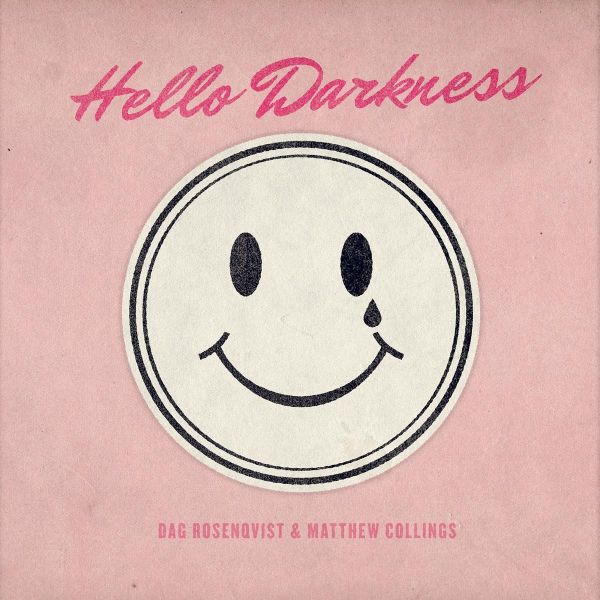 After his highly acclaimed ,"A Requiem For Edward Snowden" LP, Matthew Collings returns with a collaboration with sound virtuoso Dag Rosenqvist. ,Hello Darkness" is dark and it is bleak and its fragmented. It feels like those days when you want to just annihilate everything, and then stare at a river. It demands your attention. It sounds like its breaking from the inside. Its serious. And not. Rosenqvist & Collings started their work on ,Hello Darkness" already back in 2012, right after they had released the Wonderland EP (on Hibernate Recordings). There really were no guidelines or rules for what they were going to create, they just wanted to make music together, and surprisingly it came naturally, and felt pretty good. This turned out to be one of those collabs that are kind of off and on. At times both were too busy with other things, and so sometimes months would pass between working sessions. And when they picked it up again, most of the times they had basically forgot where they left off, having to retrace their steps, remember things, re-create ideas, trash ideas that didnt work, misplace tracks and sounds only to add them to songs they werent meant to be a part of. Rosenqvist & Collings worked destructively from processed stereo tracks with botched fade-ins, scrapping entire sessions and adding new layers and sounds of all kinds, letting it go in any directing it needed to, adding different time signatures on top of each other, turning sounds and entire tracks inside out and upside down. They found a freedom to go in any direction they wanted to, free from what theyve done before, free from any expectations on both each other and from anyone else. Despite all of this, there is a humour to the album. Theres something tongue-in-cheek about the whole thing. This was also one of the reasons they choose to go with the title of the album, which is - in all honesty - slightly over the top. This was also the commission when creating the cover design. No holds barred, no restrictions. The title is of course "borrowed" from the Simon & Garfunkel track The Sound of Silence, a fact that probably doesnt make them any cooler. Thinking about it now, Matthew Collings second album was called Silence Is A Rhythm Too. Coincidence? Some say there are no coincidences.