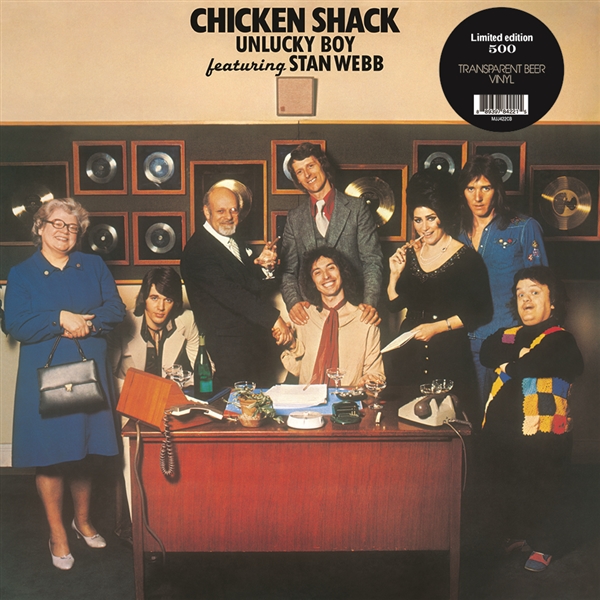 Unlucky Boy is the sixth studio album by the blues band Chicken Shack, released in 1973. Unlucky Boy finds guitarist/vocalist/songwriter and band founder Stan Webb in fine form. Only drummer Paul Hancox remains from the uneven Imagination Lady, and indeed the horn-oriented approach here is much different than the plodding Led Zeppelin-isms of the previous disc. Webb contributes six originals, and even though they are derivative of Savoy Brown (a band he joined for the Boogie Brothers album just a year later), his approach here is much more subtle and controlled than on his last effort. Chris Mercer's saxes, often double tracked to sound like a horn section, bring a tough R&B to the mix, and drummer Hancox is a controlled powerhouse.

In The Land Of Grey And Pink