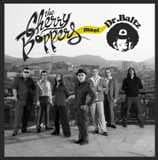 Two of the pillars of Bilbaos black music scene join efforts in this three-track EP with the only aim of celebrating the timeless vitality of a few soul and R&B classics. For over 10 years The Cherry Boppers have been delivering on stage all around Europe their energetic repertoire of soul and funk. Their 2008 album "Play It Again!" boosted the band to the front line of the Spanish black music scene. A position they still keep. "Dr. Baltz" is the selector and DJ incarnation of Bita, lead singer of ska-rocksteady combo Akatz, a band that since 1992 has assumed with pride and hard work one of the leading roles in the Basque Jamaican music scene. The songs that have been selected for such an extraordinary assembly are "I Don't Need No Doctor" via Ray Charles and renamed "Yo No Necesito Un Doctor", Otis Reddings "Mr. Pitiful" turned into "El Pattico" and "Shake It Baby" from Maceo Parker & All The Kings Men, now "Solo Tienes que Encenderme". With the lyrics adapted into Spanish, Dr. Baltz sings in his personal style recreating the original spirit of these classics of black music with the foundation of the well-lubricated rhythm machinery of The Cherry Boppers. The limited edition EP (500 copies) is released by Brixton Records in the "Soul series" with a carefully designed cover (including the lyrics) and also featuring a free CD containing the three tracks of the seven inch.