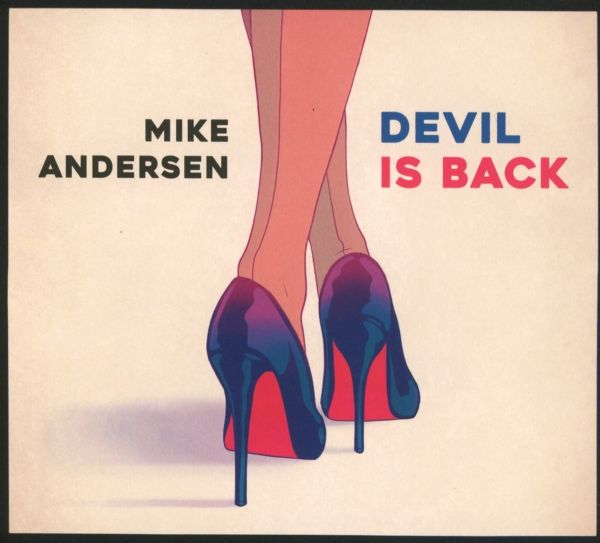 Mike Andersen has already released six albums and one EP. On his previous albums, Mike both produced and wrote the material himself. On his new album "Devil Is Back", Mike Andersen has loosened the grip on the process and has joined forces with other songwriters and producers who have become part of his musical universe. "Devil Is Back" is to date the best album from Mike An-dersen - it is classic Mike Andersen while also showing his ability to constantly develop and experiment with his music and lyrics. Some of the songs from the new album have been composed in Nashville, where Mike has worked together with a number of inter-nationally acclaimed songwriters. Together with Heather Bond, Mike has written the track "This Time" which has become a duet with the famous soul singer and Grammy award winner Joss Stone. This is also the first time Mike Andersen has teamed up with a producer in the making of his album. Mads Michelsen - longtime drummer of the Danish band Gnags as well as studio musician on more than 2500 recordings - has worked together with Mike on making "Devil Is Back". Mads Michelsen has been part of every step towards making the record - from the rehearsal space, to the song choices and studio recordings to finally mixing the album which contains 11 tracks. Presented as a fusion of hot soul, blues, funk, rock and pop together with raw and assertive vocals, the catchy melodies of Mike Andersen have earned him his very own spot in an otherwise traditional field. With his seventh album re-leased, more than 1500 concerts, including 27 international festi-vals, it is time for Scandinavia to realize that the Aarhus resident has international superstar potential.

House In The Woods

Live At Spirit Of 66