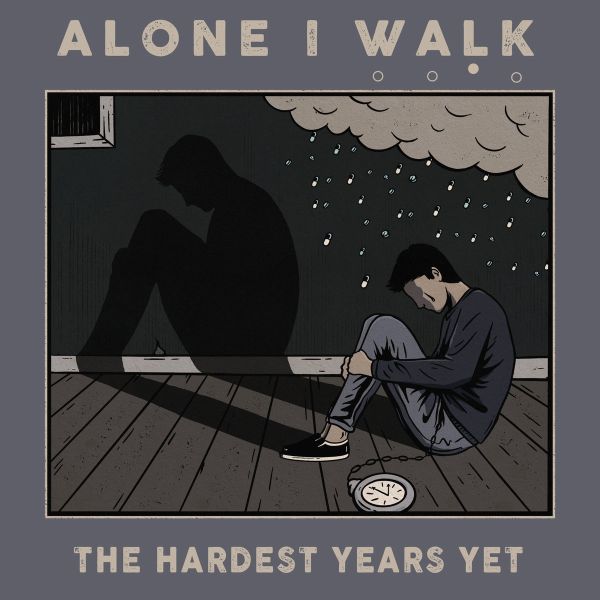 The Hardest Years Yet

Hailing from Winnipeg, Manitoba, Canada; Alone I Walk was born from the creative mind of François Courcelles. After brother Pascal Courcelles' own band separated, he joined his brother Franky in what would become a soon to be iconic musical partnership. Bringing a wide range of energetic and hooky rhythms to their sound, Alone I Walk ties together a strong and emotive vocal delivery by frontman/guitarist François Courcelles; while Pascal (drums/vocals) lends his impactful harmonies to their sound both live and on record. Signing to Los Angeles based label Anchor Eighty Four Records during the winter of 2019, Alone I Walk traveled to Los Angeles shortly after, tapping producer Johnny Liu (In Her Own Words, Slaves, Slowtrip) to help elevate the demos they had written for their label debut in a way that none of them could have imagined. Being a duo, Franky and Pascal played every instrument and sung every line on the new EP themselves bringing and unmatched cohesive sound to each song that only two people truly connected could have achieved.

What Hands Are For

Something To Smile About