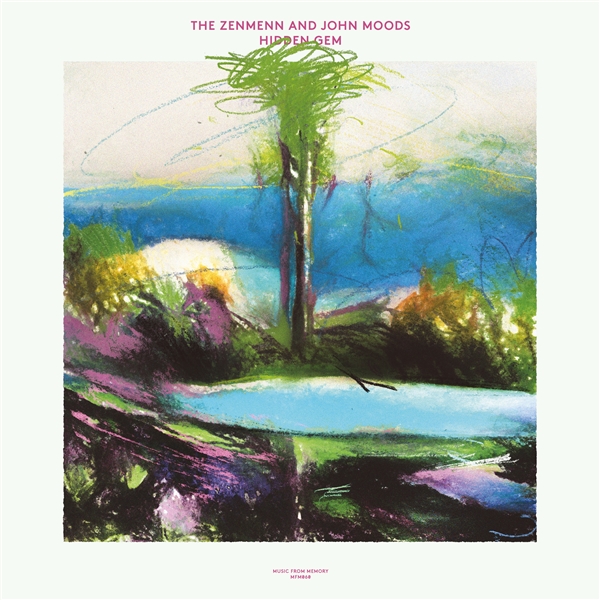 Zenmenn, The -and John Moods-

'Hidden Gem' is the Zenmenn's first full album produced together with songwriter and vocalist John Moods and follows their much-loved debut record, 'Enter The Zenmenn'. Named after a country song that didn't quite make it to the final selection, 'Hidden Gem' is the result of an extended jam session at a friends studio, in a field of mystical meadows somewhere south of Hamburg, in which the band would experience a series of inexplicable phenomena. It was their earlier collaboration on the future classic, 'Homage To A Friend' that kickstarted their idea to team up with John Moods again, and in the late summer of 2021 the band set to work on a full album of material together. Using The Zenmenn's trusted drum kit, good old DX7, an unusual Ukrainian bass and an almost discarded pedal steel guitar, combined with Moods uniquely fragile voice, the outcome resulted in six timeless songs. The resulting harmonic sound is, as the band put it, "something like Adult Oriented Rock with a teaspoon of Celtic sentimentalism, a pinch of big city Country wrapped in a late night '70s style jam". 'Hidden Gem, much like their previous LP, was recorded without pre-arranged songs or any fixed musical concept. Instead, it captures fleeting moments of creativity and reflects the joint musical sentiments of the band members at the time. "Some artists are amazing at vision and curating, our work-flow is opposite to that. We are pretty messy and all over the place in our creation, as in life. It has its advantages and disadvantages, but hopefully it comes out all right in the end."

1. OUT OF MY MIND
2. INTO THE HEART OF THE MATTER
3. THE INVISIBLE LANDSCAPE
4. FANTASY AGAIN
5. ORDINARY TIME
6. EVERYTIME

Talk To The Sea