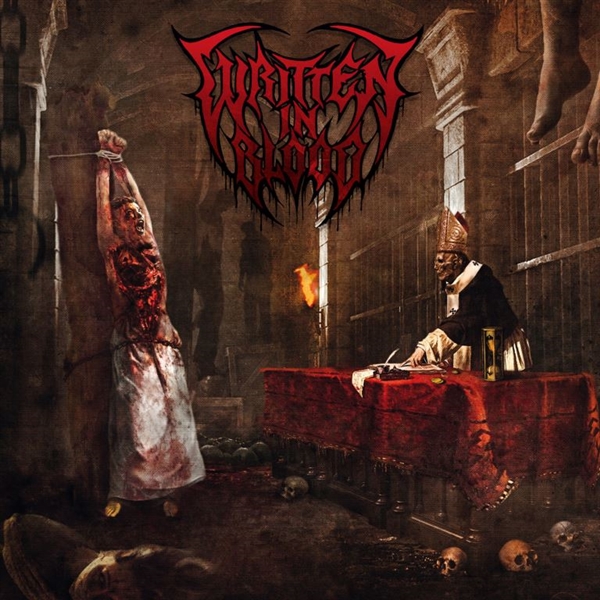 With the album title "Written in Blood" Dutch melodic death metallers, Written In Blood release their first full album on Trollzorn records. At the end of 2019 the idea for a new band was brought up by Bert "Beef" Hoving. The former God Dethroned bassist contacted some members from previous projects to join the band and as soon the band name Written in Blood was adopted, pandemic struck the earth! A coincidence? With the world afraid of what was coming, several songs were born, from which most of them at unholy hours. The goal, to write recognizable songs with melody rather than having the focus on astronomic speeds. The outcome, a 9 song album with a distinctive character that will draw the attention of not only death metal fans and reviewers, but also fans of other sub genres might find their own thing in these songs. With the release of this album the band is looking forward to meet new fans at the upcoming festival season of 2023.

1. SLITHERING SNAKES
2. WRITTEN IN BLOOD
3. GERMANIC
4. WILDE JACHT
5. GHOULS OF THE FOREST
6. THROWN INTO THE BOG
7. WITTE WIEVEN
8. HEATHENS WE ARE
9. RETURN OF THE ANCIENT GODS

There Is No Land Beyond The Volga

Dancing With The Past