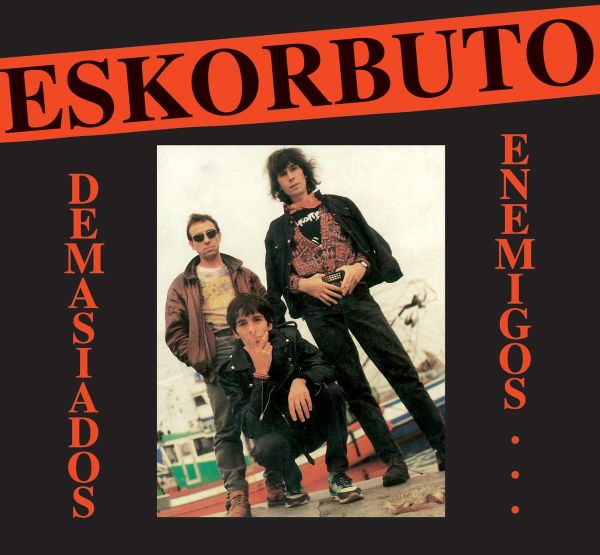 On July 1988 the most obscure record of ESKORBUTOs discography was released. Vomited from the entrails with the boredom of a life blackened by the soot pouring from the nozzles of the factories of the beaten left bank of the Nervion river. Time had already hardened them and their attitude was plain, above all they were "anti-everything" . "The Most Macabre Of Lives" is a direct testimony of their lives, led without restrictions, swerving about on the cutting edge of a rusty razor blade. With the imprint left in their hearts by the attacks of society, from left and right. A chamber of venom where frustration settles. They fought a thousand battles that time has turned into victories. They solved with craftiness impossible situations and bore stoically setbacks that would have smashed up other bands, but not ESKORBUTO. This album is a turning point. A "degeneration" - they called it - of their own way of conceiving their artefacts. Previous experiences with various record labels watered down the high-octane expectations that could only be envisaged inside Iosus wild mind. Rip-off was always a feeling hanging in the air around their heads. Therefore, turning a self published album into a reality was imperative. And they used the name of Buto-Eskor as benefactor of the creature.

Ya No Quedan Mas Cojones...

Stick It Into Your Ear