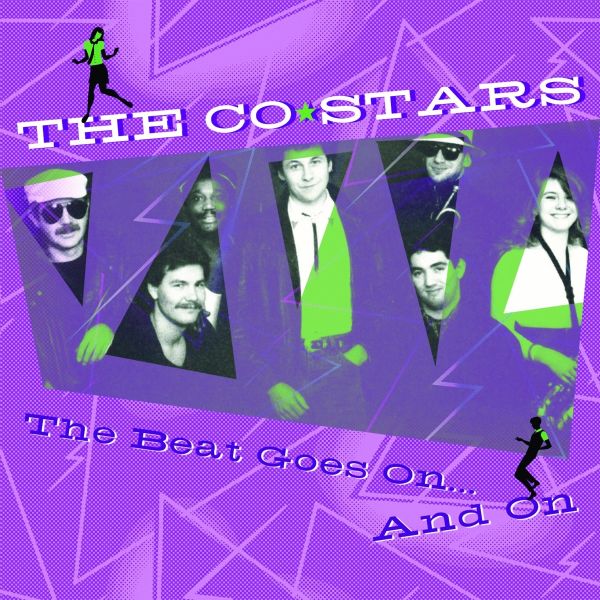 Formed out of the ashes of the much loved 1979 Mod band BEGGAR, Bryn Gregory re-grouped and assembled a group of like minded musicians and started playing music from his soul. Influenced by the music from when he was growing up with acts from the Tamla Motown and Stax labels by artists like Otis Redding, Sam Cooke, Stevie Wonder, The Temptations etc etc. No longer restricted just to guitar, bass and drums, Bryn expanded and brought in Saxophone, Keyboard, Trumpet which all blended in perfectly to the style he was aiming for. The Mod scene at the time was crying out for something different and The Co-Stars were the band to deliver this. The Mod scene welcomed the new sound and the band were quickly signed up and released a single "Kiss and Make Up" It was released as a 7" and 12". The bands live appearances were now being talked about and they were invited to play the MOD ALLDAYER that was being orgainised in Walthamstow on 15th December 1985 along side all the other bands that were on the scene like THE PURPLE HEARTS, THE DIRECT HITS, THE GENTS, THE THREADS, THE RISK etc etc. The event was recorded and the band performed a terrific set and contributed two tracks to this double album. There was now no stopping Bryn and his fellow musicians as they were on fire..... Another deal was offered and were soon snapped up and a live album followed which captured the band at their best and released it as a LP entitled "The Beat Goes On".... Sadly this was the bands last vinyl appearance!!!! On this release, Disc 1 gives you get the bands single which is the 12" version, the two tracks that appeared on the Mod Alldayer Dedicated LP and the entire Beat Goes On live album. Disc 2 gives you seventeen previously unreleased demos and alternative takes from the archive of Bryn Gregory....