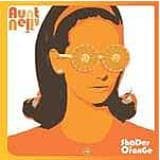 'trade in hand finds gold in every land' is an old adage, but for many people no longer present. It could therefore be reactivated again and anchoring in the zeitgeist. At least for the time being this album. The British manage with 12 songs a "Golden Shower of Hits" that has yet to be matched. The band consists of members of the legendary THE CLIQUE and other musicians from the Medway Scene (Bresslaws and Effectives). On the surface, we move somewhere between Mod - Soul - Sixties - R'n'B-Powerpop. But it does not really meet the case because there is much more. Let's take for example "Satisfaction", a twisted version of the Stones hit from 1965, which have by Aunt Nelly more from the Devo cover version from 1977 than from the original but nevertheless sounds damn like the sixties. It's a real treat! Or "Purple Haze" (Jimmi Hendrix 1967), which sounds here as it was recorded at the end of the sixties by bands like WRITING ON THE WALL, ARZACHEL or SUGARLOAF. Well, so far about the cover versions. The band is well aware from which corners they accumulate and make with this concentrated brew their own sound. You can hear a lot and you can interpret 'a lot. Clearly, some things are obvious by this type of music. It can thus be expected to get BRIAN AUGER or JAMES TAYLOR QUARTET during their "Money Spider" period. And you get it here and there. But simply with slight differences. Also bands such as the METERS knock hard on the door. That is all marvellous implement in a completely original and fresh sound, where the band knows exactly their vertices and create from a musical polygon a wonderful circle. 12 tracks, who all makes fun and even by the 2 ballads on the album they do not come up with a boring sing-sang, but provide deep reminiscence to early psychedelic DONOVAN mixed with british Freakbeat. On one hand "Shades of Orange" is completely "Out of time", on the other hand it is exact for this reason, because musical things are placed in a new context-this album is a here and for today with lots of Groove and even golden handcraft. Get tomorrow's Peebles today! (Joachim Gaertner)!

Out Of The Blue

Wait For The Sun