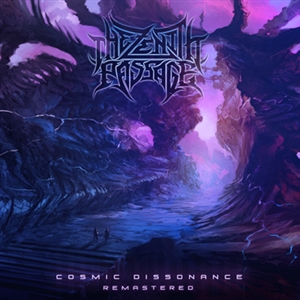 From Los Angeles, California, THE ZENITH PASSAGE began their journey in 2013. Featuring members of legendary Death Metal bands such as THE FACELESS and FALLUJAH. The projects initial offerings generated enough buzz in social media circles alone to convince the duo to redouble their efforts in earnest, and to begin seeking out members to complete their lineup. This proved no small task in a saturated market, but persistent scouting over to following months precipitated the addition of friend and drummer Josh Slater (AETHERE) into the mix. The subsequent release of a proper EP in January 2013 (entitled "Cosmic Dissonance") catapulted THE ZENITH PASSAGEs recognition to previously unprecedented heights, greatly broadening their fanbase, and catching the attention and admiration of some of Californias foremost metal musicians. Thus far, THE ZENITH PASSAGE has toured with monolithic metal acts such as THE BLACK DAHLIA MURDER, CRYPTOPSY, SUFFOCATION, ARCHSPIRE & RIVERS OF NIHIL and currently about to hit the road with WINDS OF PLAGUE & ENTHEOS.