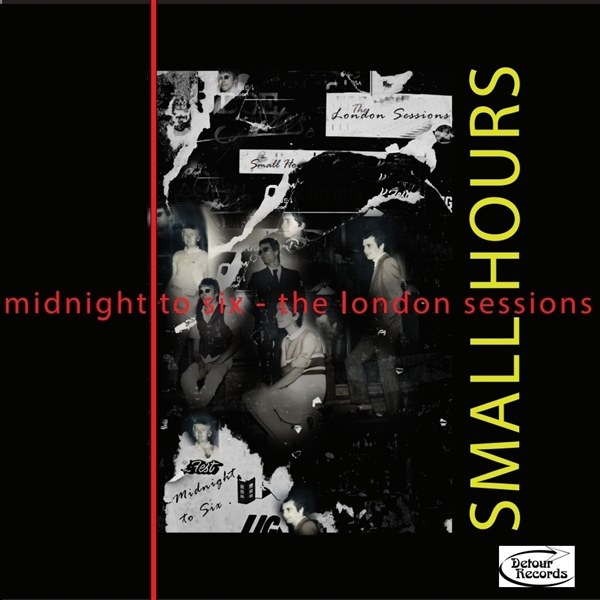 Midnight To Six: The London Sessions

This is the story of the "lost" album. Shortly after The Small Hours had three tracks included on the Mods May Day '79 album, we went back into the recording studio to record an album of our own. Most of the songs were recorded in one take in London. At least one was recorded as a jam session while waiting for the sound engineer to adjust his settings. This gave the album the raw energy and drive of a live performance. We had everything: great songs, strong band dynamics and a large and enthusiastic live following. The only ingredient missing at the time was a record contract. So the tapes were mothballed and life moved on. until some 43 years later Carol Isaacs found a copy of the tape in the back of a cupboard. Carol sent it to Dizzy Detour, who in turn passed it to his genius sound engineer, James Perret. With 21st century technology, James was able to do a total remix of the sound adding double/ triple tracking, delay and echo. The result is an astonishing "virtual reality" of what the band would have sounded like live. As Neil Thompson would say, we had "Ingredient X". A meld of the individual members of the band into a complete sound. The sound that was held together by a great drummer, the late Iain Shedden. As the saying goes," All things come to those who wait". Thanks to Carol, Dizzy and James Perret, the wait is over.

How It All Began

A Place I Used To Know