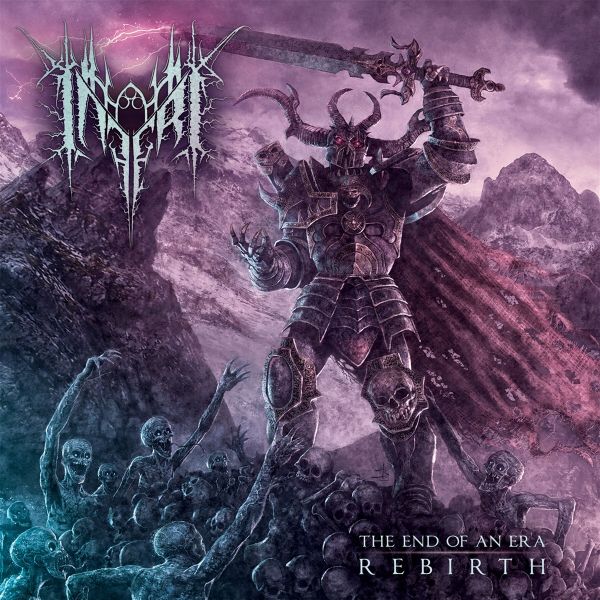 The End Of An Era: Rebirth

INFERI is an American melodic death metal band forged from the bowels of Nashville, Tennessee. The band formed in 2006 and strived to merge the classic melodic metal sound with a taste of crushing technicality. After releasing Divinity in War in 2007 and The End of an Era in 2009, lead guitarist, Malcolm Pugh ( A LOATHING REQUIEM, Ex-ENTHEOS, EX-DISKREET, Ex-ENFOLD DARKNESS ) decided to reignite the fire. Recruiting Mike Low ( OUBLIETTE, Ex-ENFOLD DARKNESS ) on guitar and Jack Blackburn (Ex- VITAL REMAINS , Ex-ENFOLD DARKNESS ) on drums, the plan was clear - musical annihilation. INFERI sets themselves outside of the generic pack by mixing melodious, yet technical musicianship with virtuosic songwriting rarely since in todays extreme metal acts. In Early 2014, INFERI released their third critically acclaimed smash hit, The Path of Apotheosis, that topped most AOTY charts, sold thousands worldwide and currently has over 200k streamed views.

1. THE RUIN OF MANKIND
2. GATHERINGS IN THE CHAMBER OF MADNESS
3. THE ENDLESS SIEGE
4. A NEW BREED OF SAVIOR
5. SENTENCED TO ETERNAL LIFE
6. THE WAR MACHINE EMBODIMENT
7. THE WARRIORS INFINITE OPUS
8. QUEST FOR THE TRINITY
9. FORGED IN THE PHLEGETHON
10. CURSED UNHOLY