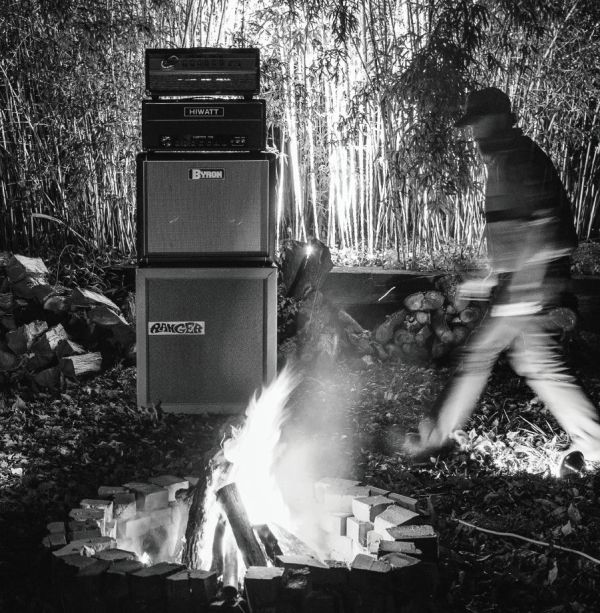 One of Drones most prolific artists, Justin Wright aka Expo 70 can look back on an impressive discography counting more than 40 albums since 2003, which have undoubtedly influenced many other musicians in the Experimental/Psychedelic/Drone community and attracted a huge followership in the scene. This has resulted in extensive touring, the last one through 11 countries in Europe, and several live releases. Now Expo 70 returns with a brand-new studio album, showcasing his trademark organic guitar drones that propel the listener ever deeper (or higher?) into other states of consciousness. Kinetic Tones was recorded all to analog reel-to-reel with no over-dubs, which gives the whole album an even more personal and intimate feel. The album spans over four tracks that range from minimalist Drone over spooky Psychedelia to harmonic and beautiful soundscapes, reaching a total running time of just under 40 minutes.

Ikiru Or The Wanderer

Squeeze The Lids Through Coming Window

In The Lugubrious Silence Of Eternal Night